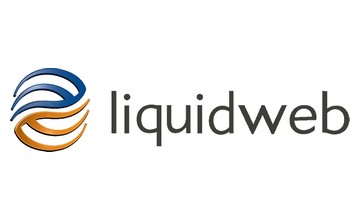 Information that you'll find useful Liquid Web maintains multiple data centers, three of which are in Lansing, Michigan, with a fourth now open in Scottsdale, Arizona. Their data centers are staffed by highly skilled engineers, twenty four hours a day. Their network is deemed both robust and reliable, and is completely backed by state of the art generators.

LiquidWeb.com, founded by Matthew Hill in 1997 when he was just sixteen years old, is a web hosting service that provides a colorful array of various hosting products and services. Bringing on a new CEO in 2015, the company has grown with incredible speed, yet never losing its endurance. Liquid Web now stands straight and tall as a leader in web hosting providers, priding itself in incredible customer service (coyly referred to as their “Heroic Support”) and intuitive hosting solutions.

When the company first opened their doors, they were only offering shared hosting services. Since then, however, their substantial growth has allowed them to broaden their horizons into further practices, such as virtual private servers and various add-on products.In 2009, Liquid Web even launched an entire line of cloud servers they call Storm Platform. The system gives its users the ability to deploy, replace, increase, and clone capacity on a server. And the system has been growing ever since its original release.

There are plenty of web hosting services that have been made available to you. A plethora, actually. So why choose Liquid Web? What makes them special?Heroic Support. The title of their customer support division, they have certainly deserved their name. It was given when The Hero was created as their mascot in 2007, but was brought a step further in 2012 with their 59-second response time guarantee on all telephone and online chat support calls. Their value for their customers has been an outstanding quality since the beginning of the company, and Liquid Web has certainly not stepped away from that.